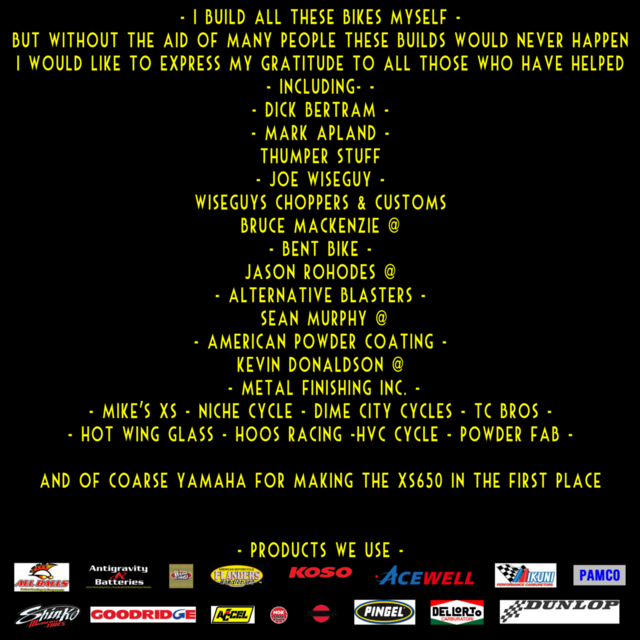 This bike was pretty much a wreck when we picked it up and we decided to do something a bit different with it...at least as far as XS's go.

As we did all the various frame modifications to the bike we set about re-doing the entire rear end and transforming the bike into a mono-shock set-up.

The bike has a completely re-built motor with new pistons, rings, seals...the whole sha-bang. The only miles on it thus far are the road test miles and they're fairly few...about 10 miles I'd say.

Now as with all of our bikes a lot of the original worn out parts have been replaced with new ones. In most cases better ones to boot.

The bike is an absolute blast to ride!!

If interested feel free to give us a call anytime