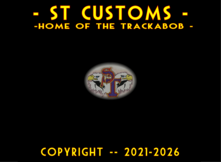 This bike is true piece of American racing history.

For those of you that are familiar with the name Shell Thuet, and his place in motorcycle racing history then you can fully understand the significance to say nothing of the rarity of this machine.

The 750 build was done at Shell's shop years ago and includes all the nuances that he bestowed upon these race motors. Shell connecting rods and race specific cam set-up coupled to massive 82mm pop top pistons.

Very painstaking care has been taken with the restoration of this once neglected bike.

The story goes that a nice old lady contacted a tow company in Tacoma WA to help her remove many vehicles from her property after her husband had passed away. He was quite a hooligan in his day, and a collector of all sorts...cars, boats, and so forth, and among the items she requested to have removed from her property was this bike. It was found under an old canvas sail and had not been touched and stood forgotten for over 30 years.

It passed through a couple different hands on it's way to us and we were happy to get it and very determined to bring it back to it's once great glory.

Certain bits were deteriorated from age and neglect and we had to replace some original components of the bike. So we Utilized only period correct pieces for anything that had to be replaced and we feel that we have done justice to this fine machine.

Sprocket ratios are currently set to the common set-up for half mile with a 17 tooth counter sprocket and a 35 tooth rear sprocket and is running a 520 gold chain.

The rear suspension consists of a pair of original Koni shocks set up for a 160 pound rider.

The motor (which is the beating heart of this beast) was carefully examined and it was determined that although it had sat some a long time the original work done on the motor needed no attention whatsoever. Just some fresh oil and filters and some  high octane racing fuel. It has the hand formed right hand shift found on flat track race bikes.

In our engine test stand we ran the motor for about a half hour before re-installation in the frame during the rebuild.

The ignition system used for this was a straight battery powered electronic ignition set-up.

The bike now has an Electrexworld racing ignition system provided by Hoos Racing.

The carburetors consist of a pair of Mikuni round slide carbs mounted to the engine with a pair of original aluminum intake manifolds and 1 1/2" connector tubes made from fuel grade hose secured with stainless steel hose clamps, and a pair of K&N air filters.

The exhaust system used is the Shell half mile pipes exiting into a pair of 14" megaphones.

Rear braking is handled by an original Gremica master cylinder and caliper grabbing a 10.5 rear disc. And it does stop the bike pretty darn good. But let's face it...these bikes were built to GO so stopping is something you do when you're pulling into the pits on your way to the podium.

The paint work was all done by hand to exacting original standards. The Shell Racing Specialties paint scheme has always been a fan favorite, and it is a favorite of ours as well. The bike had a plain white rattle can paint job on it when it was found under that tarp and the original Shell tank and seat pan were carefully resurrected to the original Shell Racing Specialties paint work.